Fornecedor: G-Biosciences
RCH-002EA 737 EUR
RCH-002
Human recombinant caspase 2
Enzimas
Recombinant human caspases 1 - 3 and 6 - 10 are supplied lyophilised in quantities of 25 units. One unit of the specific recombinant caspase is the enzyme activity that cleaves one nanomole of a specific caspase substrate per hour at 37 °C in a reaction solution containing 50mM HEPES (at a pH of 7,2), 50 mM NaCl, 0,1% CHAPS, 10 mM EDTA, 5% glycerol and 10 mM DTT.

The recombinant human caspases 1 - 3 and 6 - 10 are members of the ICE (interleukin-1 β converting enzyme) family of cysteine proteases. They exist in cells as inactive pro-enzymes. During apoptosis, pro-caspases 1 - 3 and 6 - 10 are processed at aspartate residues by self-proteolysis and/or cleavage by another caspase. The matured (processed) form of these caspases consists of large and small subunits, which associate to form a heterotetramer active enzyme.

The active recombinant caspase-2 cleaves caspase-2 chromogenic substrate Ac-VDVAD-pNA, and the signal can be detected spectrophotometrically.

The active caspase-6 and caspase-7 have been shown in the involvement of the proteolysis of poly (ADP-ribose) polymerase (PARP), an enzyme that is involved in DNA repair and genomic maintenance. The active recombinant caspase-6 cleaves the substrates consisting of consensus sequence VEID (e.g. VEID-AFC and VEID-pNA). 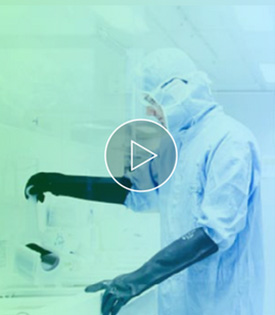